Devising ALL THE NAMES: A Conversation with Karla Boos

Q-Blog: How did development on All The Names begin?

Karla Boos: Barbara Luderowski [founder, The Mattress Factory] said she was interested in doing something together, and this book seemed like it would provide a platform for that. I thought I could lure Barbara in with it. Everybody fell in love with the book.

Q: How did the other collaborators come on board, and what talents do they bring to the team?

KB: I thought about who would compliment Barbara, and who would like to work in a way that tended more toward installation and abstraction. Narelle Sissons seemed really key to me, but they’re all folks who might be very adept in more straight theatre but feel constrained by the usual demands. And the book also invited different kinds of treatment. Sound was clearly going to be very interesting, video, etc.

Q: Actors James Fitzgerald and Mark Conway Thompson mirror each other as kind of dual aspects of Senhor José’s consciousness. What inspired that device? What effect does it have on the play?

KB: Early on, while grappling w an interesting aspect of the book, S. José having these dialogues with himself and imagined conversations (like we all do in life) I thought to separate that into a 2nd person who would be a kind of very physical S José to the other’s verbal take.

Q: Why adapt this book? What about it spoke to you, or begged for adaptation?

KB: The book is one of the greatest I’ve read. It’s about one person, the inside of one person’s psyche… But it’s about all people, it moves you because we are all Senhor José. I thought it would lure Barbara, and be the right platform for these different, interesting modes of treatment and fabulous artists.

Q: How does the show follow Saramago’s book? How does it depart?

KB: The show tells the story of S. José, which is actually quite linear: it’s a suspenseful narrative. But it’s more than that, and we theatre people and visual artists were inspired to use three dimensions in our different modes to express its themes and emotions. We also put the audience members in the shoes of the protagonist at times. It’s important to us that YOU be S. José, feel what he feels. 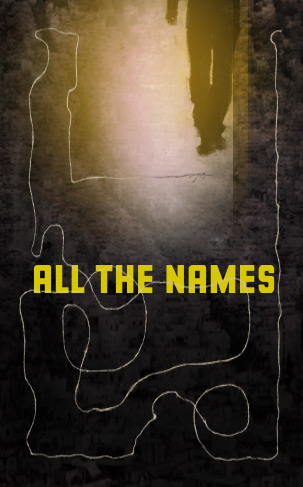 Brandon Getz is a writer and blogger living in Pittsburgh.  Read more at brandongetz.com