Behind the Scenes with Costume Designer Susan Tsu… 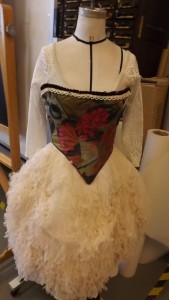 Since July, costume designer Susan Tsu and her team (Yu Sue: Craftsperson, David Kisan: stitching, Sophie Hood, Daniel Mathews and Venise St Pierre: drapers) have been hard at work creating intricate, Baroque-style costumes to help bring The Winter’s Tale world into reality.  Often, theatre-goers never have the chance to see the process of building the costumes, but we’re taking you behind the scenes to get a glimpse of the magnificent costumes that will appear on stage in September.  “The process of creating a costume,” begins Susan Tsu, “starts with listening to [Baroque] music, ideas of other collaborators and doing a lot of research.  Then early drawing, shopping for fabric, painting the color rendering, then into the shop to put the costumes together.” 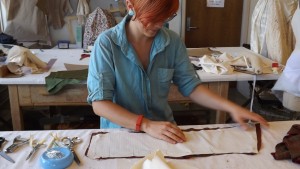 Tsu and her collaborators began with research.  “There is so much research. Some of the first places I went to were Baroque theatre and opera designers such as Inigo Jones.  I also looked at fashion designers and ultimately was inspired by Dolce and Gabbana and Vivian Westwood.  Early on, I selected images and confirmed [the direction] with my collaborators and went from there.” 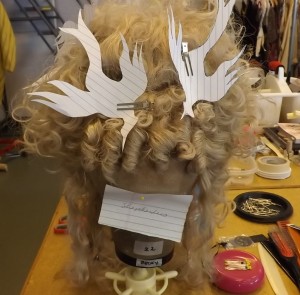 Through research, Tsu and her team discovered the essence of Baroque style, which is the basis of The Winter’s Tale Opera.  Tsu was inspired by the Baroque music, architecture and fashion.  “The sense of the boldness and ornateness in Baroque theatre is amazing.”  The play represents two societies, the courts of Sicilia and Bohemia. Tsu comments “The biggest distinction is the Sicilian court is very urban and prescribed.  The inhabitants are all in black velvet with gold ornamentation, very limited in the palette, whereas in Bohemia it’s like a burst of shapes and textures. [Image Right] They are in neutrals with big shots of color and natural elements like flowers and birds.” 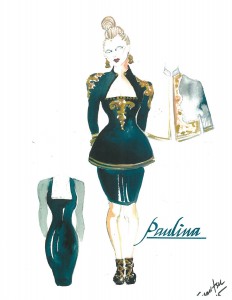 Tsu continues, “It’s wonderful to think that the Baroque theatre-goers were treated to a level of theatricality and theatrical magic that must have astonished and delighted them considering what was going on in the world and how they viewed themselves.  They’re much like we are today in the sense that they were able to almost reach into the future while watching these performances.”  Tsu describes how she would like to capture this feeling along with a kind of excessiveness that Baroque creates.   When asks to describe the Baroque era in a few words, Tsu responds quickly with “brilliantly excessive.”

An aspect of the costumes that Tsu and her team have been working hard on is the gold ornamentation on the black velvet Sicilian costumes.  Tsu explains her dilemma when creating exquisite ornamentations on a tight budget. The answer: white kitchen caulk.  The process begins with drawing out the designs for each ornamentation, done by team member Yu Sue. The designs are then put on the costumes to be traced in thread for placement. After, the designs are created with caulk, painted gold, placed on black fabric and then hand stitched onto the costumes by David Kisan or another member of the team. 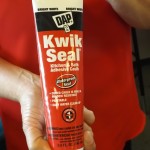 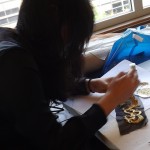 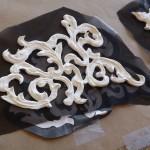 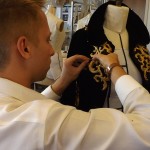 When asked about her favorite part of this project Tsu replies “Working with my former students.  I’m so proud of them and their work ethic and talent.  I’m really proud of the quality of work they are putting together, and I enjoy getting to know them as equals instead of as teacher and student.”  There have been many challenges for Tsu and her team while creating these costumes, the biggest being “to make a fabulous production that is awe inspiring on a budget.  I want to create all sorts of astonishing effects that treat the audience.  I’ve been able to do that so far with scale and juxtapositions of color and size.” 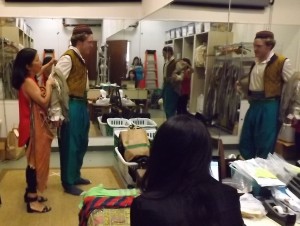 Costume design requires a great amount of effort along with hours of tedious detail, but what makes it all worth the trouble?  Tsu explains, “The most rewarding thing about costume design is the people I meet.  There’s definitely an immediate gratification from costume design, but when I look back at my career and think about why I’m doing this in retrospect it’s never the job, it’s the people that you meet and the people that become lifelong friends, and that’s really the sustaining thing that makes the biggest difference in the long run.”