Art & Music in the Baroque Period

From music to costumes to scenic elements, Quantum’s The Winter’s Tale aptly portrays the Baroque period, while adding a contemporary twist. But as you head into the theater, you may be wondering…What defines Baroque art? What were the customs for people during this time? What would it be like to attend a performance in the 17th Century?

Derived from the Portuguese barroco, or “oddly shaped pearl,” the term “baroque” has been widely used to describe the period in Western European art and music from 1600 to 1750.  The comparison to a misshapen pearl came from critics who described the music of Bach and Handel’s era to be overly ornamented and exaggerated. “Baroque” is now a convenient catch-all for one of the richest and most diverse periods in history, which saw the acceptance of Copernicus’s 16th century theory that the planets didn’t revolve around the earth, Galileo’s work acquainting people with the cosmos, advances in technology such as the invention of the telescope, and the great masters such as Rubens, Rembrandt and Shakespeare who offered unique perspectives through their art. European nations became involved with foreign trade and colonization, and the growth of a new middle class breathed life into an artistic culture long dependent on the whims of church and court. 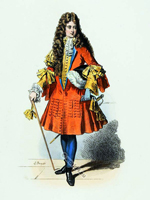 Life during the Baroque period was based on one’s class. At the top were the nobility, living lavishly. Below them were the gentry. Gentlemen were not quite rich but they were certainly well off. Below them were yeomen, farmers who owned their own land who were comfortably off but often worked alongside their men. Below them came the mass of the population, craftsmen, tenant farmers and laborers. Composers only earned a living writing music if they were fortunate enough to be on the payroll of a political or religious institution. The musical needs of that institution, therefore, dictated the music the composer produced, giving us a fascinating window into history. 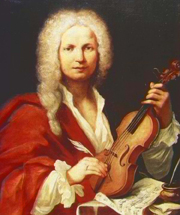 It was believed that music was a powerful communication tool and could arouse any emotion in its listeners. Aspects that define Baroque music are the differences between loud and soft, solo and ensemble (as in the concerto), different instruments and timbres. Many of the well known composers from the first part of the baroque period hail from Italy, including Monteverdi, Corelli and Vivaldi. By the mid eighteenth century, the focus shifts to the German composers Bach and Handel.

It was believed that music was a powerful communication tool and could arouse any emotion in its listeners. With this potential power at their fingertips, composers began to expand the complexity of musical performance, introducing elements such as cantata, concerto, sonata, oratorio and opera. The majority of Baroque music was reserved for churches and the homes of rich patrons. Yet, during the course of the baroque period public performances became more common, particularly for opera, and by the end of the Baroque period the middle class had become active participants in the musical world.

‘David with the Head of Goliath’, Caravaggio 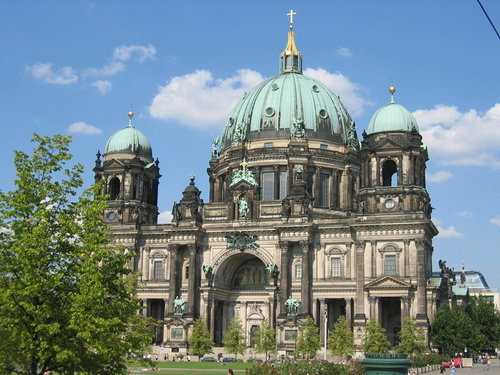 Baroque architecture began as an expression of the triumph of the Catholic Church and was built to express its wealth and power. Baroque is characterized by new explorations of form, light and shadow, and dramatic intensity. Many components of Baroque architecture were intentionally left incomplete but included drastic uses of color and ornamentation. Many structures include large domes with the interiors covered with paintings and sculptures. 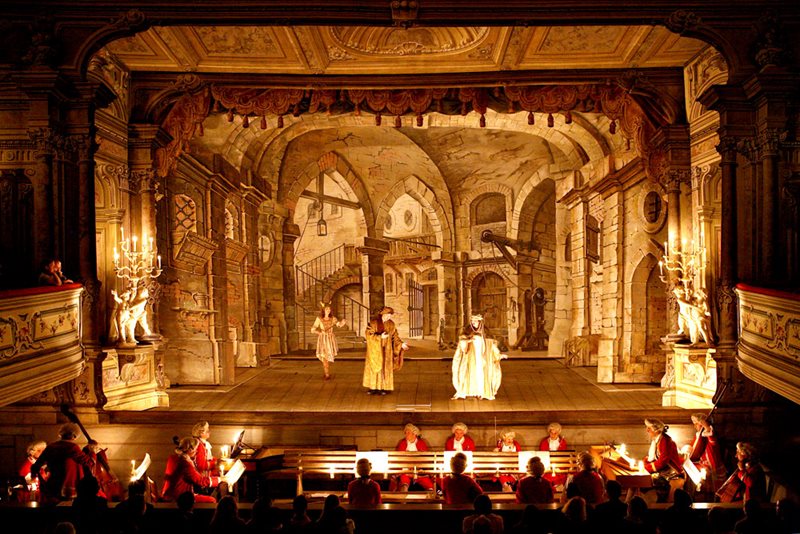 Going to the theatre was an exciting event for people during the Baroque period. As theatre-goers entered they were surrounded by exquisite Baroque architecture and statues, and introduced to revolutionary new music by Vivaldi or Bach. Great advances in stage machinery and design were ushering in a whole new genre of special-effects that recreated mythological marvels, miracles and cosmological journeys before captivated audiences. The physical energy, bodily heat, and even sweat and spit of celebrated performers were palpably close to spectators, especially those lucky (and wealthy) enough to be seated in chairs placed on the stage next to the actors. Theatre also became a place for Baroque audiences to learn about and contemplate current issues and events. All of this creative activity and theorizing transformed theatre into an intellectual and imaginative model for understanding the world in all its aspects.

Visit this link to learn more about Quantum’s approach to Baroque!

-Research and contributions by Kate Burgess